The principal ethnicities in the village are the Serers (majority), the Wolofs, the Peuls, the Toucouleurs, and the Diolas. This indicates the rather diversified character of the population.

Agriculture is the main activity of the village. Millet, sorghum, and peanut cultures are the most practised. Breeding is a popular activity in the village, so is commerce. Only a small portion of the population devotes themselves to fishing despite the close proximity to the sea.

For sport, young people enjoy playing soccer (most practiced) and traditional wrestling which is becoming very popular among the Serers.

Regarding religion, the two most commun faith are Islam and Christianity.

The climate of Ndianda is called “Soudano Sahélien” It by complex vegetation from the steppes on the planted savannah dunes. We find here a variety of species like the kad (Acacia albida), the rônier (Borassus flabellifère), the baobob (Adansonia digitata), the caïlcédrat (Khaya senegalensis), the brushwood like the rât (Combretum), the nguer (Guera senegalensis), the fromager (Seiba pentandra) etc…. To this we add characteristic species like Andropogon gayanus, Combrotom glutinosum, Pennicetum pedicellatum among others.

The village is located in an area where the ecological diversity is favorable to certain practices. 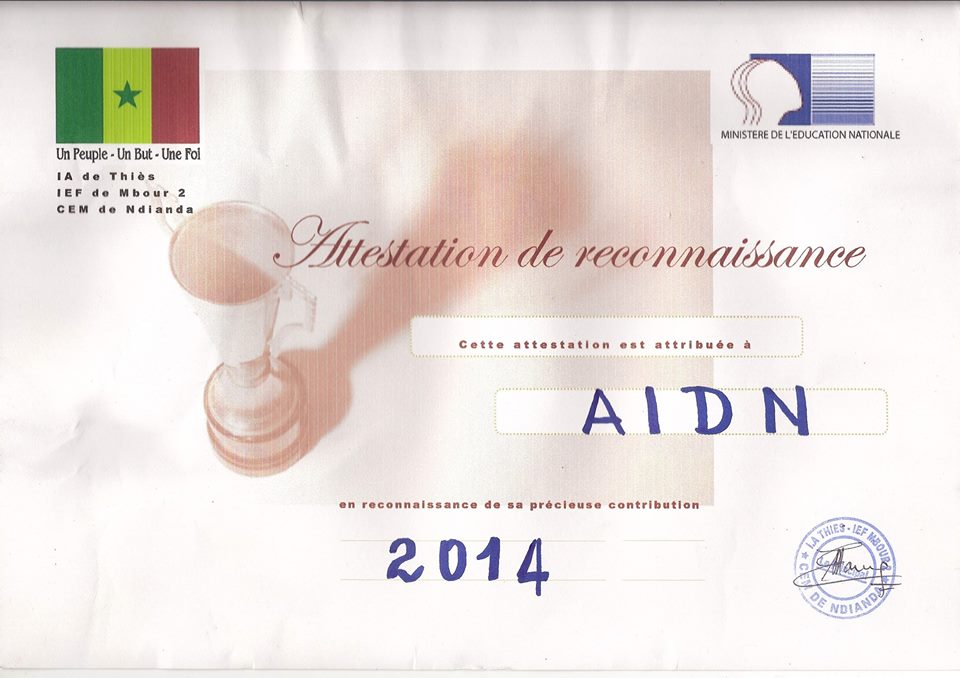